More From Our Blogs

Can mice and rats spread Coronavirus ?

Can rats and mice spread Coronavirus?

Rodents such as rats and mice are known to be dangerous for their ability to transmit some of the worst diseases. From what we currently know, SARS-CoV-2, or COVID-19, is not one of them. Here at Archers Pest Control, we are staying up to date with the coronavirus (COVID-19) pandemic and continue to focus on serving our local communities.
During these difficult times, we are committed to staying up to date with information from WHO (World Health Organisation).  With the coronavirus outbreak, we have seen a lot of questions about how the virus is spread, including the role of pests in the transmission.
Although rats and mice have been linked to other coronaviruses and other dangerous diseases, there is no evidence to currently suggest they are spreading or transmitting COVID-19. 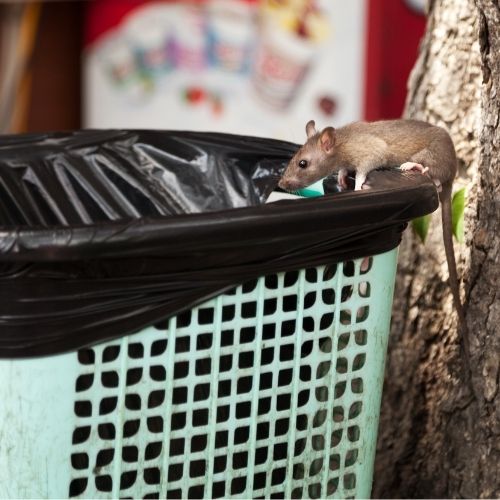 The Link Between Rodents And Coronaviruses

Including the virus causing COVID-19 (SARS-CoV-2), the three most recently discovered human coronaviruses have all created a huge threat to human health. All three have originated from a bat, which transmitted the virus first to other animals before to humans.
In fact, rodents are able to carry a variety of coronaviruses. However, they have yet to be linked to any direct transmissions of this strain causing the pandemic. According to many research studies, the rodents found to carry the coronaviruses were kept in poor condition in markets, farms and restaurants in Vietnam. These circumstances make the risk of rats and mice transmitting coronavirus to humans extremely low.
Even though rodents have not yet been linked to the current coronavirus pandemic, it does not mean that you should not do pest control for rats if your home happens to be infested.
Do You Think You Have Rodent Infestation?
Don't waste time, book a treatment now with one of our pest control experts. 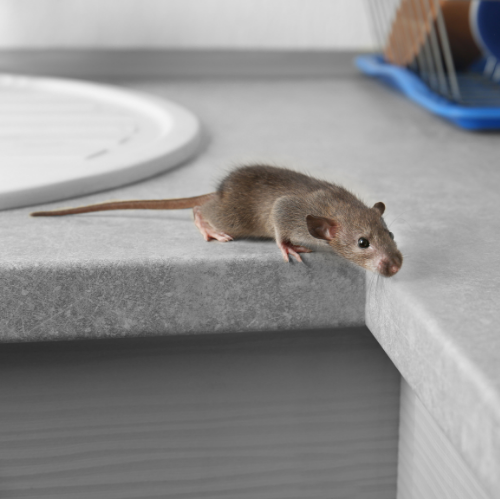 Should You Worry About Rodents During The Coronavirus Outbreak?

The good news is that now we know rats and mice are not spreading or transmitting directly SARS-CoV-2. However, there are two reasons why rodent prevention is very important.

The first reason is because of the nature of the lockdowns and restaurant and pubs closures, there have been reported cases of rodents becoming fearless in abscess of food sources. This increases the risk of infestations and rodent-related issues.

The second one is because rodents such as rats and mice can spread other diseases including salmonella, hantavirus and plague. As a matter of fact, they can indirectly transmit diseases from ticks, fleas, and lice.

Other Diseases Carried By Rats and Mice
The common well-known diseases associated with rodents are described below.

Salmonellosis
Rats and mice can carry Salmonella bacteria that cause illness in both humans and pets. Infection occurs by the consumption of food and water contaminated with rodent faeces. Genetic studies of Salmonella show that is extremely complex and as a result has a complex classification. There are two species recognised as many sub-species and sub-types, called serovars: Salmonella enterica- which causes salmonellosis in humans and other mammals and S.bongori-occurs reptiles, but can also affect humans.
Salmonella Treatment
Most people can recover in a few days without treatment. Once a person is infected, the disease can be easily transmitted to other people through poor hand hygiene and also poor sanitation.
The UK NHS recommends cleaning your toilet bowls and seats, flush handles, taps and sinks after each use with detergent and warm water and after that with disinfectant.

Typhoid
One strain of Salmonella, S Typhi, causes severe infections and spreads from the intestines to the blood and lymphatic system and then to other body sites.
Typhoid Fever
Typhoid fever can be found in many developing countries where poor hygiene is widespread, affecting more than 20 million people a year. Typhoid can be treated with antibiotics and vaccines.

Leptospirosis
Leptospirosis is an infection caused by Leptospira bacteria. It is caught from the urine of infected animals, which include rodents such as rats and mice. Humans can be infected by direct contact with urine or other animal fluids (except saliva) of infected animals, or contact with water, food or soil contaminated with the urine of infected animals.
The bacteria can be found inside the animal kidneys and are passed out in the urine. In fact, the bacteria can enter the body through the mouth or skin, especially if the skin is broken by a scratch or cut. Leptospirosis is more common in tropical and subtropical areas where the temperatures and the humidity is high. Symptoms of Leptospirosis show between 7 and 14 days and can include flu-like symptoms including chills, headache, vomiting, nausea, diarrhoea and skin rash. It can be treated with antibiotics.
Rat-bite Fever- is caused by two types of bacteria Spirillum minus and Streptobacillus moniliformis. In infected animals, the bacteria are present in faeces and urine, saliva and also other secretions from the eyes and nose. It can be caused by a bite or scratch from an infected rodent such as a rat, mouse or squirrel. It can also be caught by handling infected animals.

Symptoms
Symptoms of rat-bite fever vary between the two bacteria.
Streptobacillus moniliformis- 3 - 10 days after contamination symptoms are muscle pain, vomiting, fever, headache and joint pain.
Spirillum minus- 7 - 21 days after contamination symptoms include repeated fever, ulcer around the bite wound, swelling around the wound and swollen lymph nodes.
Both can be treated with antibiotics.

Hantavirus
Many species can carry Hantaviruses including mice and voles.
Symptoms
Early symptoms include fatigue, muscle aches, headaches, dizziness, nausea and diarrhoea.
Transmission
Humans can catch hantavirus through contact with rodent droppings and saliva, by touching contaminated food and water or from breathing aerosolized particles.
How To Stay Safe From Rodent-Related Disease?
Even if we are in the middle of a worldwide pandemic or not, rodent prevention is significant. Rodents are not only responsible for spreading diseases, bacterias and germs, they are also destructive. If you need help protecting your London property from rats, mice or other pests, or if you need help with a current infestation, the rodent exterminators at Archers Pest Control can help!

Squirrel infestation in your London home? Now what? It's time for Pest Control

How bad can a bed bug infestation get?