Having pests? Learn more about the type of pest you have and how to protect from them.

The brown rat is also known as common rat, street rat, sewer rat and Norway rat. The brown rat is one of the largest rodent, with a head and body length up to 11 inches long. It heights between 140 and 500 grams. The brown rat usually lives wherever humans live, particularly in urban areas. Their fur is usually brown or dark grey. The Brown rat is a nocturnal creature and also it's a good swimmer and climber. They can also dig well. An interesting fact is that the brown rat can produce different types of ultrasonic cries. They can consume everything, but cereals and grains are a substantial part of their diet. One of their favourite foods can also be scrambled eggs, mac and cheese and raw carrots and the least favourite foods are peaches and celery. A female can produce up to 5 litters per year and as a matter of fact, the female can get pregnant immediately after giving birth and can nurse one litter while pregnant with another. When the food is restricted they can extend their pregnancy by over two weeks. Rast, like most mammals, also form family groups. However, rats are territorial animals and can act aggressively.

How Did I Get Rats?

Rats are constantly looking for shelter. When looking for a secure place from predators like cats, humans and falcons, rats can squeeze into unbelievable small places to gain entry. Rats can squeeze their bodies in holes the size of a quarter. Brown rats can also gnaw through wood, so any old homes with wooden interiors may be more open to unwanted guests. If you have scrubs of flowers in your garden or near your home, rodents may seek shelter in those areas. One possible reason for an infestation could be poor sanitation. Poor sanitation can lead to a situation where rats have easy access to food and water sources, encouraging them to create a nest in your home.

How Serious are Rats?
Similar to other rodents brown rats may carry many pathogens, which can result in diseases such as salmonella and hantavirus. They also chew electrical wires, contaminate food and drinks, carry ticks and fleas and even can create huge structural damages to your property.

If you can hear scratching noises or come across with small dark droppings you could potentially have a rat infestation. Below we have explained a few more signs that can indicate that you have a potential infestation.

How Do I Get Rid of Brown/Norway Rats Myself?

What You Can Do

Read the following tips for keeping rat infestations at bay:

Archers Rat Control Solution
Our BPCA  certified technician will provide an effective and safe rat treatment using industry-leading treatments. The most effective way to get rid of rats and other rodents is with rodenticides. Archers Pest Control have a large selection of rodenticides suitable for both indoor and outdoor use. Your local pest technician will provide you with the most suitable and safe treatment.

Rats in walls. What does rats in walls sound like and how to get rid of them 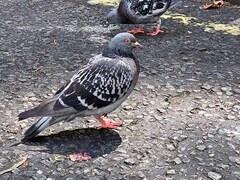